There Will Be Flood

A study by masters students at the University of Western Australia has predicted that climate change and rising sea levels could render sections of the Kwinana Freeway permanently underwater by 2100. The study examined data from the Intergovernmental Panel on Climate Change (IPCC) and Fremantle tidal gauge records to predict the impact of a rising sea level on the Swan River and its surrounds. Particularly at risk are the areas of reclaimed land, the Kwinana Freeway, Langley Park and Riverside Drive.

Mitigation strategies for the impacts of climate change will become more and more important as time goes on and could require significant government investment, which requires public support. Therefore, the importance of public awareness of climate change is critical. But what is the best way to create awareness? The communication gap between climate science and public knowledge can be difficult to bridge. What sort of information will help people make more informed decisions about mitigation, adaptation and how to make changes to their daily lives? What is the most effective way to connect with our communities?

A recent Monash University study of TV weather presenters has found a strong interest from free-to-air presenters in including climate change information in their bulletins. Could providing historical climate data alongside weather forecasts be a suitable way of making climate change more digestible for the public? Not necessarily to increase the level of concern about climate change, but public understanding of it.

Perhaps communication methods loaded with graphs and statistics aren’t the right way to go? – See Al Gore’s An Inconvenient Truth (and it’s sequel). Trying to create impact through harsh realities and ultimatums is also unlikely to work. Audiences seem to more easily disengage from climate change because of how overwhelming the issue may seem. The scale and weight of the issue likely encourages people to bury their heads in the sand.

Could there be merit in reaching untapped audiences through climate-fiction or ‘Cli-fi‘. Cli-fi explores how the world may look in the process or aftermath of dealing with climate change, and not just that caused by burning fossil fuels – think of titles like The Day After Tomorrow (thermohaline circulation) and Waterworld (ice melt). 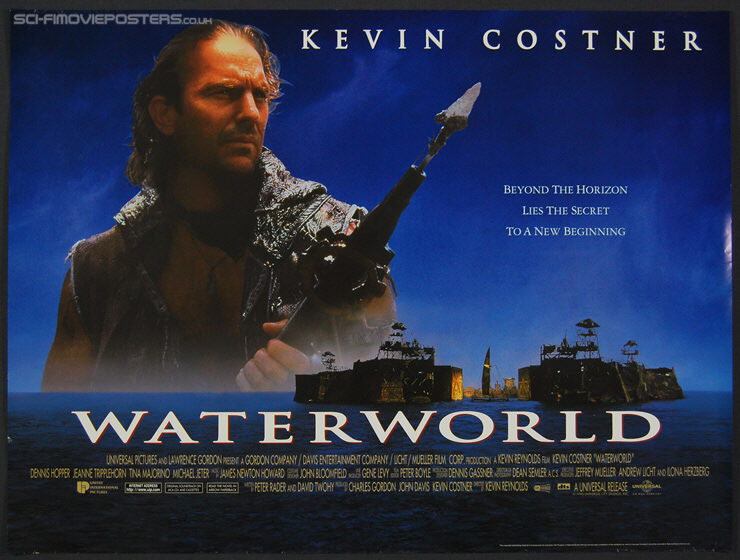 Or even the television adaptation of Margaret Atwood’s The Handmaids Tail where the driving plot device is a reduction in fertility rates from pollution and environmental change.

The scientific basis of these films is unquestionably embellished but stretching the truth may be beneficial if it encourages conversations where mainstream peer-reviewed science fails to engage.

The long-term impact of this type of fiction could therefore be significant. Does Cli-fi have the potential to encourage audiences to make changes to their everyday lives and reduce their carbon footprint?

As this article from The Conversation nicely puts it:

“Imagining a future where green energy is accessible to everyone, where global politicians work tirelessly to rapidly reduce emissions, or where new technologies are discovered that safely and permanently remove greenhouse gasses from the atmosphere are absolutely worth air time. Cli-fi can act as prose for science. And on the topic of mitigating climate change, there is no such thing as too much prose.”